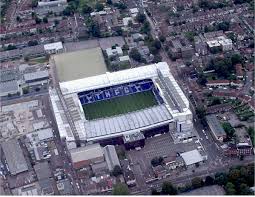 Paulinho, Andros Townsend and Kyle Walker will return to the starting line-up after being rested for the midweek clash with Sheriff Tiraspol.

In addition, on-loan midfielder Jake Livermore is ineligible to play against his parent club.
MATCH PREVIEW

Most of us, I am sure, at some stage in our lives have been determined to prove someone wrong, for whatever reason. This is surely going to be a big match for Hull's Tom Huddlestone, who will want to show Andre Villas-Boas that the Tottenham boss made a mistake in allowing him to leave White Hart Lane in the summer.

Huddlestone has been an excellent buy for the Tigers, who travel to the capital this weekend having made a decent start the season, with 11 points from their opening eight matches. The Hull midfielder has played in all of their Premier League matches so far this season, but hasn't as yet got his first goal for the club.

This is becoming quite an issue, as he has promised not to cut his hair until he scores a goal, as a way of raising money for charity.

His last strike was in April 2011, for Spurs in a 3-3 draw against Arsenal in the north London derby. What a moment it would be for Huddlestone if he could score against his former club; as we all know, the law of the ex means it's the sort of thing that may just happen so Hull barbers are surely on standby!

On the face of it, a lack of goals have been a problem for the Championship runners-up, just seven so far in the Premier League, although that's only one fewer than Spurs.

Tottenham are making a speciality of keeping clean sheets in the league this season, but their last home match saw them concede three in the defeat to West Ham.

Their win at Sheriff Tiraspol on Thursday saw them virtually through to the knockout stages of the Europa League, with Jermain Defoe equalling Martin Chivers' record of 22 goals for the club in European competition.

It's the first of two meetings between these clubs this week, as on Wednesday they meet again at White Hart Lane in the Capital One Cup. This Sunday is the priority for both, and Hull supporters will have fond memories of their first ever Premier League visit to Tottenham back in 2008.

I'm looking forward to finding out whether they can win again at the Lane.
MATCH FACTS

Hull have only won one once at White Hart Lane - 1-0 in October 2008. They drew 0-0 on their only other visit to Spurs in the top flight the following season.
They have only met on 24 previous occasions. Tottenham have won 10 times, Hull six and there have been eight draws.

All eight of Tottenham's Premier League goals this season have either been assisted or scored by a summer signing.
Spurs have kept the most clean sheets in the top flight this campaign (five), along with Southampton.
They have not won their last two Premier League home games - they haven't gone three home league games without a win since May 2011.
Sixteen points equals their best start to a Premier League season after eight matches.

Including this fixture, all of Hull's away games this season have been against teams in the top 10 of the league going into this weekend's matches (Chelsea, Man City, Newcastle, Everton and Tottenham).
The Tigers have collected just one win from their last 28 Premier League matches away from home (D7, L20).
Only the bottom three and Stoke City have scored fewer than Hull's seven goals this season.
Hull have used fewer players than any other Premier League side this season (17).
_________________
“I have been here since I was a boy, I have always considered it my Club and have always found it hard to imagine wearing the shirt of another team," Ledley King 2012 (any Spurs fan would say the same)
vis

Tottenham: Lloris; Walker, Chiriches, Dawson, Vertonghen; Paulinho, Sandro; Townsend, Holtby, Lennon; Soldado. Subs: Lamela, Naughton, Defoe, Dembele, Sigurdsson, Eriksen, Friedel
_________________
“I have been here since I was a boy, I have always considered it my Club and have always found it hard to imagine wearing the shirt of another team," Ledley King 2012 (any Spurs fan would say the same)
Guest

I can't understand him not wanting to play Eriksen lately, he's the only creative MF player we have. Sandro, Paulinio and even Holtby are not that creative more defensive MF to my thinking.

I thought that's what been missing a bit more creativity.

2 defensive midfeilders at home to hull

erikson needs to come on
totalytot

Why is it we keep making poor teams look good?

At the moment there's only one team who looks like scoring and it's not us.

this is erkison kind of game
Guest

keep givin the ball away. sandro been shocking. lennon cant get in the game. plus points chirches and towsend

hudd playing well for them
MarkA249

Scruffy 1st half. Need to use the width and like you guys I'm wondering on Eriksen? Maybe he hasn't got 90 minutes P/L level in the tank? Time for a run out now though . . . . .
_________________
“I have been here since I was a boy, I have always considered it my Club and have always found it hard to imagine wearing the shirt of another team," Ledley King 2012 (any Spurs fan would say the same)
djfitzo

god give me strengh
totalytot

Well that 1st half was piss poor. I despair at times at AVB's tactics and style of play what ever it is it's not working.

They play to much on top of each other, there's no space it m,akes it easy for the opposition defenders.

Also with Towsend being a left winger and Lennon right why not play them on opposite wings.

I worry about this 2nd half.

Dembele on and no Eriksen another poor decision from AVB.

get dembele off for defoe lol
djfitzo

Texting from the match mate?

In total there are 8 users online :: 0 Registered, 0 Hidden and 8 Guests