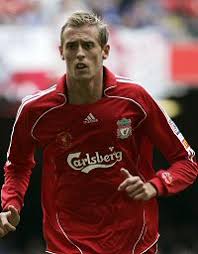 Tottenham boss Andre Villas-Boas will assess the fitness of Danny Rose and Christian Eriksen, who returned from injury lay-offs on Thursday against Anzhi Makhachkala.

Jan Vertonghen is out with an ankle injury, while Vlad Chiriches (knee) and Younes Kaboul (thigh) are doubts.

Liverpool are without the injured Steven Gerrard but Jordan Henderson has overcome a badly bruised ankle.

Daniel Agger returns after missing the win over West Ham because of illness.
MATCH PREVIEW

After their autumn dip, Tottenham seem to be back in form with an unbeaten run of five games but if they are to genuinely challenge for a top-four place they need to improve their home results.

They've won just one of their last five league matches at White Hart Lane and scored only seven goals in as many games.

Roberto Soldado's midweek hat-trick against Anzi Makhachkala in Europe came on the back of the Spaniard being dropped for the previous two league games.

Tottenham haven't seen the best out of the £26m striker yet, but the service to him has been poor.

Part of the problem seems to stem from Andre Villas-Boas making so many changes as he tries to assimilate the new signings. They made a cracking start to the campaign by playing more of a settled side.

It's a big week for the club, with the League Cup quarter-final against West Ham to come too. A home win against Liverpool has become almost customary over recent seasons. But this time they have to handle the hottest striker in the country, and possibly Europe, right now in Luis Suarez.

The Uruguayan has 29 goals in his last 29 club games. At times he's been unplayable and he always puts in a shift.

Liverpool have been very strong at home with eight wins in nine games in all competitions. But on the travels they have only one victory in their last seven, conceding poor goals at Hull and Everton on their most recent journeys.

The defence, playing out from the back, still takes too many chances for me. Steven Gerrard's injury suffered against West Ham is also a concern. He remains the very soul of the club.

This has always been a great fixture and with Soldado finally among the goals and Suarez firing on all cylinders it could be a high-scoring encounter. It'll be a big indicator as to which team can stay the course in the race for a top-four place.
MATCH FACTS

Liverpool beat Tottenham for the first time in six matches when they last met in March.
The Reds have lost on their last six visits to White Hart Lane. Four of those defeats have been by a 2-1 scoreline.
Liverpool have scored four own goals at White Hart Lane, the joint-highest figure of any team at a particular ground in Premier League history (along with Southampton at St James' Park and West Ham at Anfield).

Tottenham have 27 points after 15 games, a tally they have only bettered once before in the Premier League (in the 2011-12 season).
They are one of only three clubs, along with Swansea and Aston Villa, to have won more league games away than at home this season.
Spurs have won just one of their last five league matches at White Hart Lane.
They have scored seven goals in seven matches at home this season - only Aston Villa have scored fewer.
Spurs and Newcastle are the only two teams yet to score more than twice in a league game this season.

They are 11 points and 15 goals better off than at the same stage of last season.
However, they have managed just one clean sheet in their last 12 league matches.
The Reds have scored 14 goals from set pieces this season, more than any other team in the Premier League.
The injured Steven Gerrard has provided six goal assists this season, the joint highest amount in the top flight with Mesut Ozil.
Luis Suarez has scored 12 times in his last seven league appearances.
_________________
“I have been here since I was a boy, I have always considered it my Club and have always found it hard to imagine wearing the shirt of another team," Ledley King 2012 (any Spurs fan would say the same)
LOVELOVEROCKET

The team looks a bit safety first for me and that a draw will do.

Dissapointed Chadli is playing does nothing for me I'm afraid. Would much rather have had Townsend, Holtby or Lamela instead of him in fact I think those three should be starting if we are serious about winning this game.

Still it hasn't started yet so we could be on for three points so fingers crossed.

Getting a real run around and I worry what the final score will be. Passing is abysmal and Lennon just gets worse.

Another top team we can't beat.

LOVELOVEROCKET wrote:what the fuck that team avb picked v liverpool this what i mean avb is fucking clueless

Not good enough, must do better.
MarkA249

Utter shit. We were owned. Ref had a shocker but no excuses. Never a straight red but for the squealing racist cannibal acting like a tart but no excuses. We were SHIT . . . .
_________________
“I have been here since I was a boy, I have always considered it my Club and have always found it hard to imagine wearing the shirt of another team," Ledley King 2012 (any Spurs fan would say the same)
cstmrsking

Livepool playing away at what was the fortess, minus, Gerrard and Sturidge. Shocking, poor, disgrace, unacceptable, etc etc.
MarkA249

Why does everyone seem so perversely pleased we got trounced? Is everyone really that anti AVB? Strange . . . . .
_________________
“I have been here since I was a boy, I have always considered it my Club and have always found it hard to imagine wearing the shirt of another team," Ledley King 2012 (any Spurs fan would say the same)
cstmrsking

Not strange and not pleased, just pissed off.
MarkA249

vis wrote:Why does everyone seem so perversely pleased we got trounced? Is everyone really that anti AVB? Strange . . . . .

we had bad luck with injurys
Guest

thought the ref was a disgrace
MarkA249

we have more points then last season with bale at this stage.
lets sack him
Guest

what i will say is why does he keep settin us up that way at home.

Loughtonguy wrote:we have more points then last season with bale at this stage.
lets sack him