Yeah let's sack the manager. And get who into replace him? Oh yeah the choices are limitless. Whinger was available early season lol after losing to Villa. Seriously peeps if your going to slag off the manager and demand a replacement give an intelligent reason why and not just an "I hate him because he has a ginger beard & a tattoo of a dolphin that might be a lion, or maybe a liphin (?), clad in nasty blue hues on his left butt-tock" reaction. And try giving a possible replacement, it helps keep threads going with debate ha ha. And a realistic one as well rather then simple daydreaming. Not that daydreaming is a bad thing, it's free but rarely happens in the real world! Yesterday was abysmal, disgraceful, embarassing & shameful. But didn't Redknickers Spurs get turned over at The Lane 1-5 by Citeh not that long ago? The Redknickers team that had Bale in it? Oh yeah. Citeh have the mojo on us at the moment. I'm not making excuses, yesterday was painful but the reaction from supporters who want so much to be proven right so they can scream "told you so" is cringeworthy and arsenil like. Supporters who now put previous managers & players they slated upon a pedestal "cos it was so much better way back then". AVB is on thin ice at the mo, most of us realise that. Levy is a bitch and will bitch slap if he see's his investment going backwards. Shame if he did but we all know he will. From tiny acorns mighty oaks do grow. Not in the Spurs mentality though. Nope cut it down and make tacky, cheap, poorly & mass produced furniture out of it before it gets the chance to grow to maturity and make a lasting thing of rare beauty. A few bad results and the season is over? Okies I'll see ya all in May to finish this thread off then pmsl. The "told ya so's" can either crow or crawl come seasons end. Until then it's the usual, beautiful Spurs roller coaster ride. Tottenham till I die . . . .
_________________
“I have been here since I was a boy, I have always considered it my Club and have always found it hard to imagine wearing the shirt of another team," Ledley King 2012 (any Spurs fan would say the same)
Guest

people are saying bring back harry. harry the guy who lost 5 1 at home to man c. who sat there when arsenal beat us 5 2.

others want HODDLE back. dont they remember when we lost 4 0 at home to bolton under glen.

and others are saying klinsmann. as much as i like the guy hes hardly pulling up trees over in the usa.
seebee1944

Reps for Len, Lought, Baz and Vis for putting a more realistic perspective on the thread.

Can't believe some of the comments I've read and they say Spurs are boring and predictable Jeez.
MarkA249

Who is asking for Redknickers back ?????? And as for knee jerk reactions errrrrmmmm no dont think so last season take Bales goals away where would we have finished about 7th 8th probably we lose 3-0 at home to West Ham u can say thats a 1 off then Newcastle lose 1-0 another shit result then the 6-0 thrashing not only that we struggle to beat Hull at home twice our play is the most boring ive seen AVB has a go at the fans for there support well what do u expect when people pay god know how much and see as much possesion and no end product 9 league goals and 3 r pens, Oh and Vis u want reasons

1 They guy has no plan B

3 The way he plays is so boring and predictble

4 He plays people in not the right positions

Can anyone give any good reasons to keep AVB ?
LOVELOVEROCKET

he did play ade which shows something wrong to bring him back.

he left townsend on the bench

he didnt bring defoe on before ade

he never brought vlad on for dawson

he brought on dembele to slow us down even more

ps. and if we are not boring and predictable then i must be watching different games to all you loyal spurs fans. no matter how bad it gets wont say the truth . living on nicholsons past ventures and give it time is all well said good but honestly DO YOU think come xmas or end of season this ugly moth is good to turn out a beautiful butterfly ..............i have my doubts.......

no fight , no spirit , no team understanding .

I HAVE NEVER CALLED FOR AVB HEAD OR BE SACKED .

I CALLED IS STYLE OF PLAY WHICH WHAT IVE SEEN THIS SEASON IS NOT WHAT WE SPURS ARE ALL ABOUT.

WE LOST BALE SO WITH LOSING 1 PLAYER ?

WE GONE FROM FASTEST COUNTER ATTACKING TEAM TO THE SLOWEST IN SPACE OF 12 MONTHS.

WE STILL GOT SPEED BUT PLAYING SO SLOW NO MOVEMENT IF WHAT MAKES US LOOK SO BAD.
Maximus 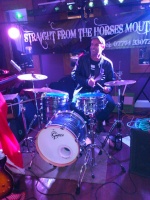 Like vultures circling a weary ole wildebeast that has been attacked by a cackle of slavering, gibbering hyenas . . . .
_________________
“I have been here since I was a boy, I have always considered it my Club and have always found it hard to imagine wearing the shirt of another team," Ledley King 2012 (any Spurs fan would say the same)
Guest

we have more points at this stage then we did after 12 games last season with bale.
new players. avb still dont know what hes best team is.
he got us our highest prems points last season.
still in both cups.

so what you saying lought rest players every 2 games . - glad thats cleared up

im saying that towsend done nothing in a spurs shirt this season. lamela done more and hes only started 1 game.

we have more points at this stage then we did after  12 games last season with bale.
new players. avb still dont know what hes best team is.
he got us our highest prems  points last season.
still in both cups.

nearly half way through the season and he doesnt know his best 11 really ?

both cups only just lol

highest points total did we make Champs League no so who gives a flying ...... 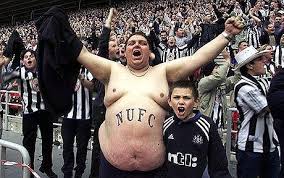 _________________
“I have been here since I was a boy, I have always considered it my Club and have always found it hard to imagine wearing the shirt of another team," Ledley King 2012 (any Spurs fan would say the same)
BazSpur

'If Ossie Ardiles had gone to Arsenal, they would have had him marking the goalkeeper or something.' Danny Blanchflower
MarkA249

not a bad read actually best bet is this here is no doubt that there are rumblings of discontent within the Spurs squad from players who believe the handbrake should be taken off and that the ball should go forward a lot more quickly.

The Spurs board too are perfectly justified in believing that they should be getting more for their money.